AS1940: Do You Need To Comply? What Does It Mean For Your Fuel Storage?

The short answer is yes. Being loose and relaxed about safety around the storage of bulk fuel is a tight rope you don’t want to walk. With infringements that could result in hefty fines or imprisonment along with the replacement of upgrading/replacing existing tanks it is important to get it right the first time.

The petroleum industry (like many industries) is governed by the Australian Standards, which were developed to provide the industry with a set of requirements and recommendations for the safe storage and handling of flammable and combustible liquids. 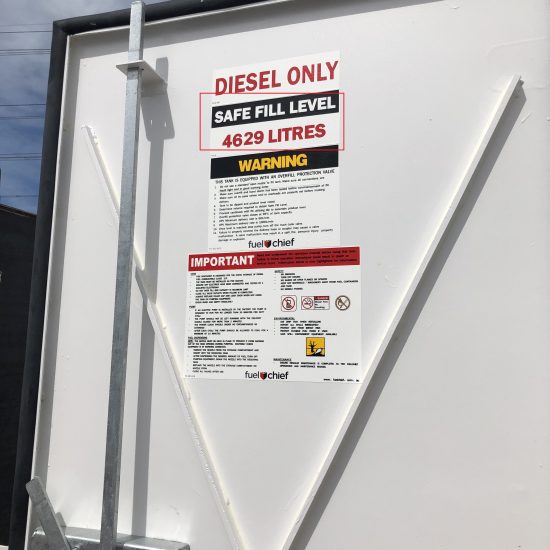 The latest edition of AS1940 includes major changes to the storage and handling requirements for fuels, which impacts the following:

• engineering design
• operation and maintenance of storage and;
• handling facilities such as terminal fuel tank networks.

For businesses that store fuel onsite, the changes recommend the introduction of a standardised safe fill level (SFL), Fuelchief have been engaged in this practice prior to it being mentioned in this standard. You will notice in all our products SFL is noted. On our welded they are noted on the GA Drawing, the plate on the tank and dipstick. Below you can see examples in both our stocked products and welded custom products. (Examples can be seen in the images right for DC Series DC50 fuel tank). 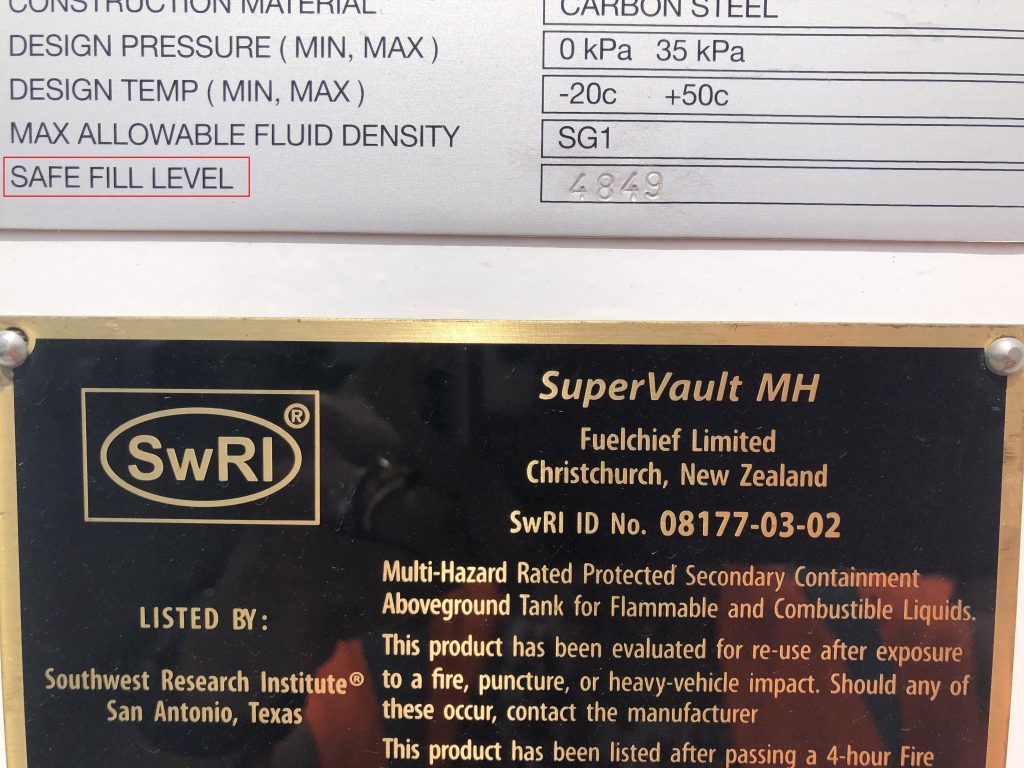 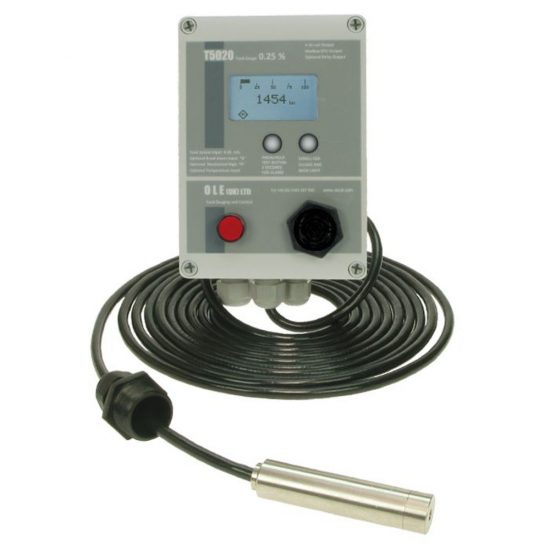 We also encourage the use of gauges and automatic alarms which alert the user if the SFL is exceeded. The change to the standard also discusses new containment bund capacity requirements intended to contain tank overflows. This is not an issue if the tank is a double skinned tank with its own secondary containment.

Changes to standards usually take place when there have been developments in technology and changes to EPA regulations and the safe handling processes in the bulk fuels industry. Prior to the AS taking over the standards, these were initially launched by the Australian Institute of Petroleum.

Further changes to the current standards include the increased number of self-bunded tanks, improvements in automatic tank gauging (mentioned earlier to ensure SFL’s are adhered to without any accidents) and improved safety requirements. The changes also bring AS1940 into alignment with the Global Harmonisation System of classification. 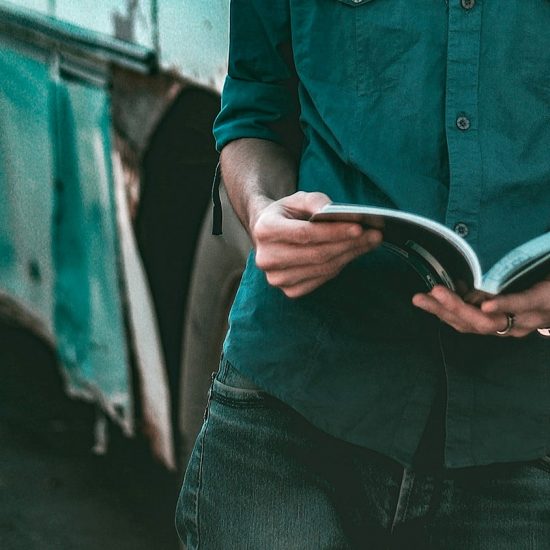 The changes to the Australian Standard involved cooperation and agreement from the industry, technical authorities and legislative bodies. For businesses that store fuel onsite, AS1940 provides a high level of assurance that all new fuel facilities installed are engineered to comply with industry benchmarks and that their operational framework, as with the suppliers and contractors who install and maintain them, is consistent.

It should be noted that compliance with AS1940 is not a legal requirement unless it is specifically referenced within legislation. For example, some legislative documents require a fuel tank to comply with SwRI 95-03 which means the tank that is specified is a SuperVault (the name of the tank is rarely used but the compliance code can be). Complicating the matter is the fact that each State in Australia has different legislation and governing bodies, however, most State regulatory authorities will have an expectation that businesses will comply with the Australian Standards relevant to their operations, and furthermore local governments will govern these more closely.

The onus to comply will often be made explicitly in legislation such as Work Health & Safety Act (WHS) Regulations, or implicitly through referencing in industry guidelines such as the Government approved Codes of Practice.

Our technical team at Fuelchief help our customers to demonstrate their compliance with AS1940 through site inspections of their storage facilities and operations. We also provide basic recommendations of how to achieve compliance based on our extensive industry knowledge or refer customers to specialist contractors who we work with for further investigation and testing.

Compliance with the Australian Standard becomes akin to the requirements for a license to operate and businesses that are able to demonstrate that they are aligned with best practices can avoid punitive fines and loss of reputation and improve their operational HSSE performance. 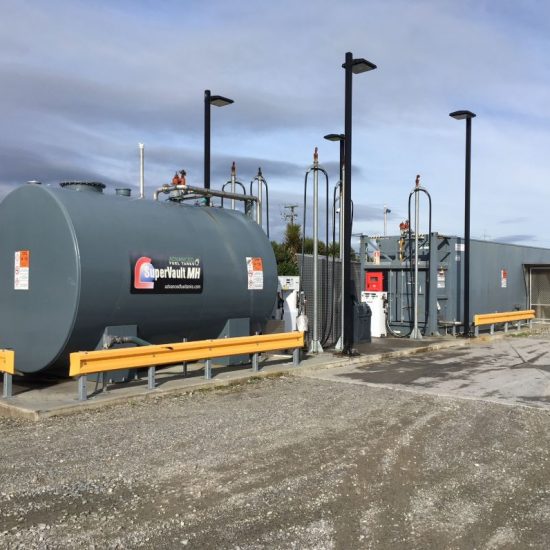 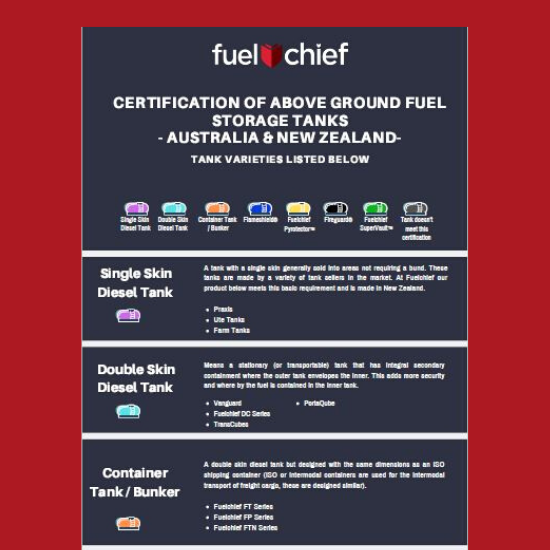 Infographic: Above Ground Fuel Storage Tanks and Their Certifications

When it comes to understanding bulk fuel storage it can be quite overwhelming. Fundamental rule of thumb is to ensure… 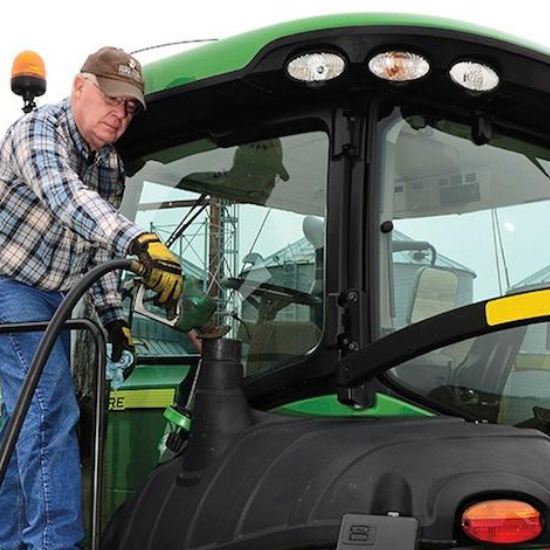 Older style farm fuel tanks might have done the job for decades, but with fuel prices at a premium, environmental… 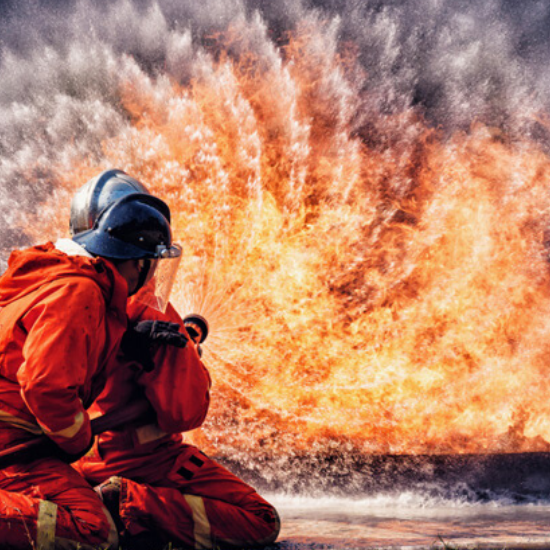 Most large building complexes today are designed with a backup generator system, which ensures continuous power in the event of…

The Importance Of An Emergency Vent On Your Tank

Storage tank fabricating standards, fire codes, maintenance requirements are all intended to protect people and property from the inherent risks… 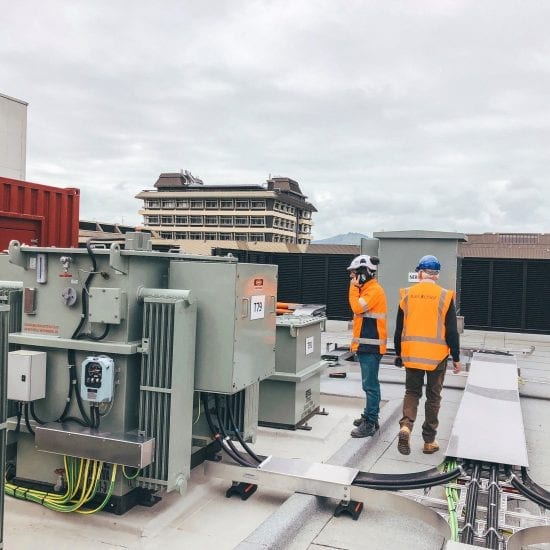 What You Need To Know About Importance Level 4 (IL4)