How long will fuel prices remain low? ….How to benefit now

The price of crude oil has been hit hard with the knock on affect of the coronavirus crisis, which has left many major oil traders reeling.

To set the scene in Australia and New Zealand we must first look at our crude neighbors, yes America. They have recently had their first crash with the price of oil dropping to -$40 a barrel. This means as stockpiles are rising, oil producers are paying buyers to take the barrels they could not store.  Will it reach this level here? The short answer is no, but there is light at the end of the tunnel.

Australia’s pricing for fuel has always remained consistently lower than New Zealand (due to a range of factors). However with prices reaching negative status in the US this may very well have a knock on effect to us in the ANZ.

What do ‘negative prices’ mean?

As stated earlier, in short, oil producers are paying buyers to take the barrels of oil off their hands because storage facilities are full to the brim. At the market’s lowest point on Monday, an oil company might have paid about $40 for every barrel of oil someone was willing to take. A buyer would need to factor in the cost of transporting oil from the well to a shipping port, or a storage facility, where it may need to be held for up to six months, at significant cost. They would also need to bet that oil prices will rise later this year to make a return on the “investment”. No oil company wants to “sell” their crude at a loss, so many producers are likely to shut their wells until the market recovers.

Why are oil prices in other countries still above zero?

The world’s oversupply of oil is particularly acute in the US, which produces around 10m barrels of oil every day, because oil storage tanks have filled up, leaving oil companies desperate to sell their surplus barrels. In other regions, including the UK, oil prices are still above zero in part because they face lower transport costs and easier access to ports. Still, no oil market has remained unscathed. The international benchmark oil price, known as Brent crude, is still above $20 a barrel, but has fallen by two-thirds since January to 18-year lows. 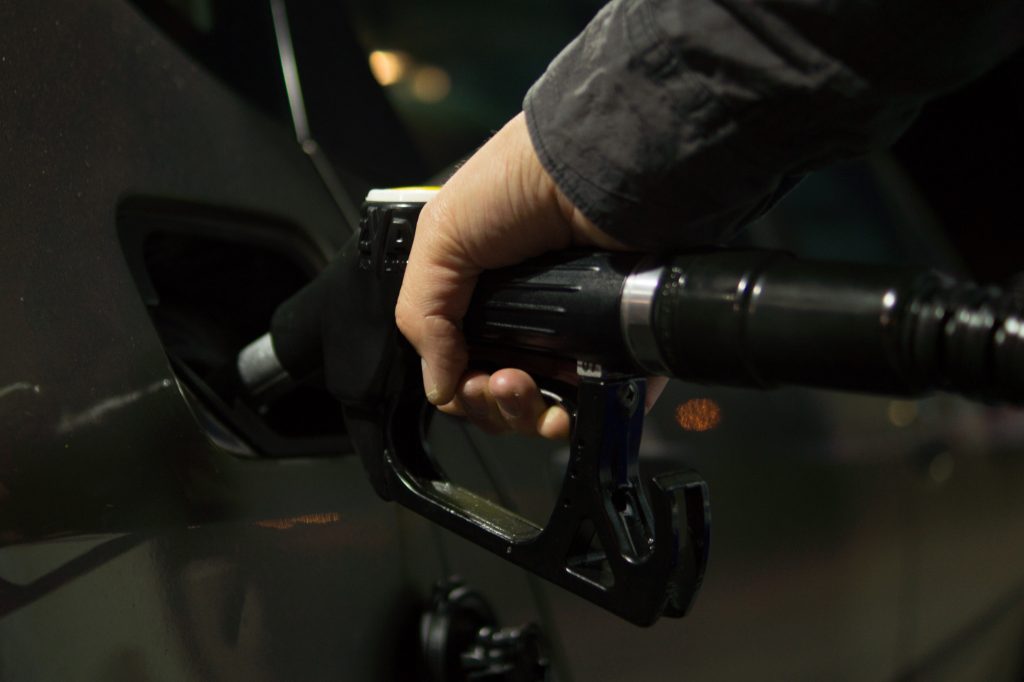 What does this mean for petrol and diesel prices?

Petrol prices are likely to fall sharply this year due to the sudden collapse of oil prices and the long road to market recovery that probably lies ahead. But it is worth keeping in mind that the price paid at the pump is not a perfect reflection of the oil markets because petrol and diesel prices include government taxes and a profit margin for the seller. The negative oil prices seen in the US will be short-lived, so no one should expect to be paid for filling up their car.

How can motorists benefit?

In Australia – Petrol prices are further on the trajectory to reach 75 cents a litre (prices like this were last seen in the 1990s). We have seen a further decrease in prices, with some rural regions reaching as low as 49c a litre. Predictions from banking economists say they are expecting capital city pump prices to slide by another 20 per cent by the end of June, which would see Brisbane petrol prices fall below 75 cents a litre. Average petrol prices in Sydney and Melbourne haven’t been at this level since 1999.

In New Zealand – Well known petrol spokesman for AA, Mark Stockdale, says that while fuel prices are the lowest for several years, they are “probably as good as it’s going to get”.  Oil prices had following a fall in commodity prices during March and April, and had stayed put. But not all regions had benefited. “The actual cost of petrol, the cost of importing petrol is now around 25 cents a litre, that’s what it is costing companies to import petrol.  “Even with really low commodity prices, we are not doing super low prices at the pump. The reason for this is tax. We are paying $1.05 in tax and that is a lot higher then when we were last this low 10 years ago. It is important to note that the plunging crude oil prices do not directly effect New Zealand, Refining NZ continues to refine about 70% of New Zealand’s fuel.

Advice from most is to take the opportunity to fill up. With restrictions going down and many of us back on the roads it has never been better to fill up.

How can transport firms benefit?

Transport across Australia and New Zealand has remained an essential service and continues to do so at Level 3 and beyond. Transport during the ‘essential’ time has also included large numbers of shipping containers to and from ports. As mentioned earlier, although the top level effects of drastic falls in crude oil, for local trucking companies through to the ‘big dogs’ such as Mainfreight, Toll and DHL the full effect of the current record slump in global oil prices may not filter through to the extent it has in larger countries such as the US and UK.  this can be due to the fact that significant amounts of fuel purchased at higher rates are still in reserve in both countries (Australia and New Zealand).

Those that have implemented onsite refuelling have reported a significant saving in their businesses due to reserves onsite and the opportunity to have ‘shopped around’ prior to the Covid-19 lockdown with different fuel suppliers to take advantage of wholesale prices.

Lower fuel costs also allow trucking companies to streamline operations around demand. In particular, these companies can adjust their networks and routes to better serve their customers on the basis of speed and convenience. It also means that fuel savings are higher than what may have been budgeted or predicted. Many companies who  have onsite fuelling solutions are guaranteed a higher rate of return through onsite fuelling as opposed to paying at the pump.  Finally, lower fuel costs could also allow trucking companies to keep older, less fuel efficient vehicles on the road longer (assuming they are compliant). 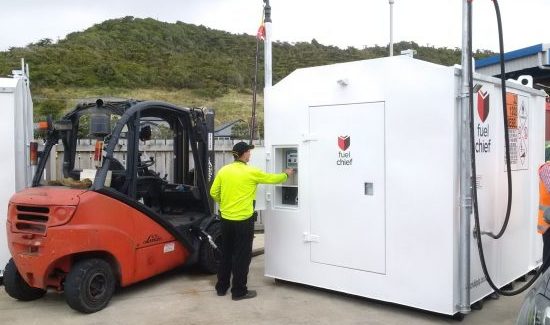 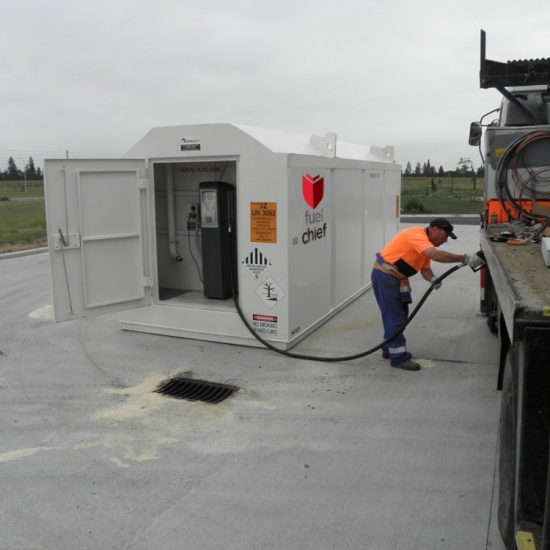 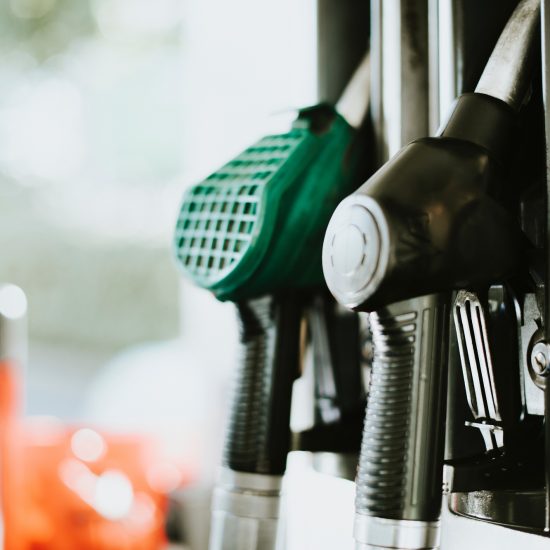 Storing Petrol Petrol is highly flammable and is one of the most hazardous substances that we use. Because it is… 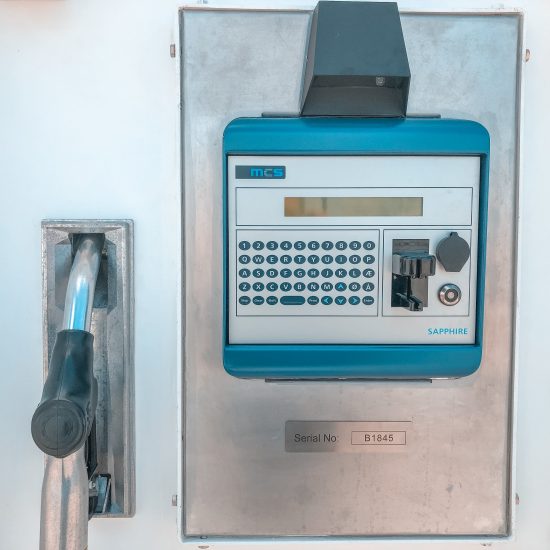 How To Manage Your Fleet Using A Sapphire Fuel Management System