Z Energy is a publicly listed, progressive and innovative fuel company in New Zealand. Z have been a long-standing customer of Fuelchief and Advanced Fuel Tanks since their listing in 2013, and for many years prior as Shell NZ. Neil Moon is Network Engineering Manager for Z Energy, and works on Z’s assets around the country, both new builds and existing. He has been with the company for 27 years, starting with Shell NZ in 1993. In 2019 Neil approached Fuelchief regarding tank supply for a large nationwide client that they were bidding to win the fuel supply contract for. It involved millions of litres of fuel per year over 28 different sites, many of which would need new diesel tanks. In time, the contract in question was revealed to be Fletcher Group, including sites all over New Zealand for Fletcher subsidiaries Firth Industries, Winstones, Golden Bay, Humes and Dricon.

We had a chat to Neil about Z Energy’s process throughout their bid to win the Fletcher business tender and why Fuelchief were selected to be the key collaborator for this project. 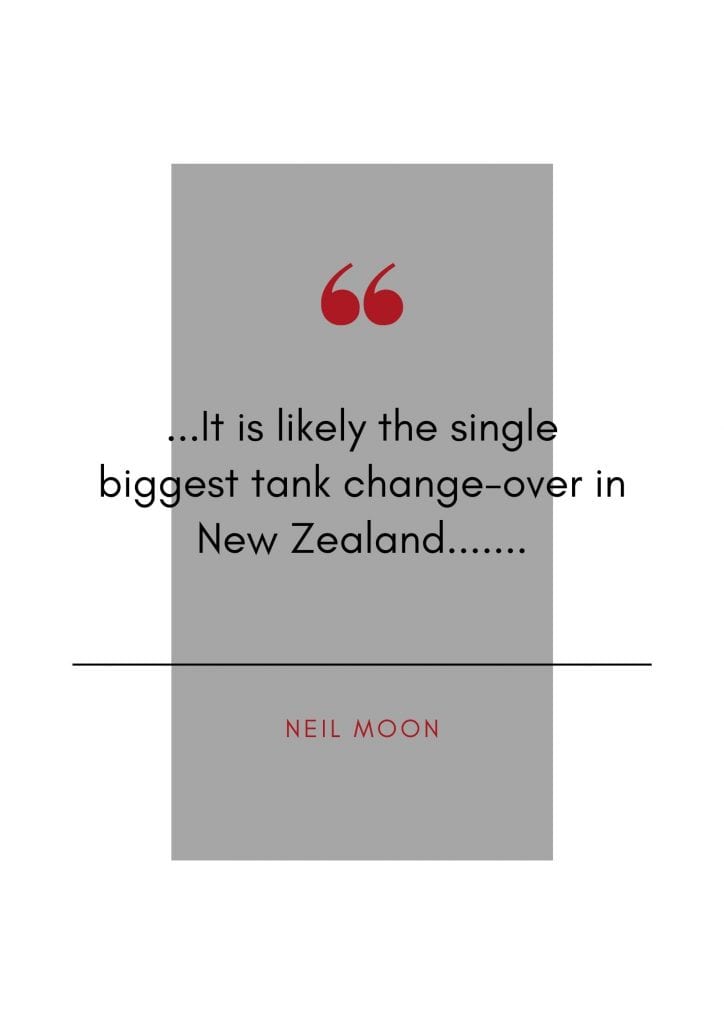 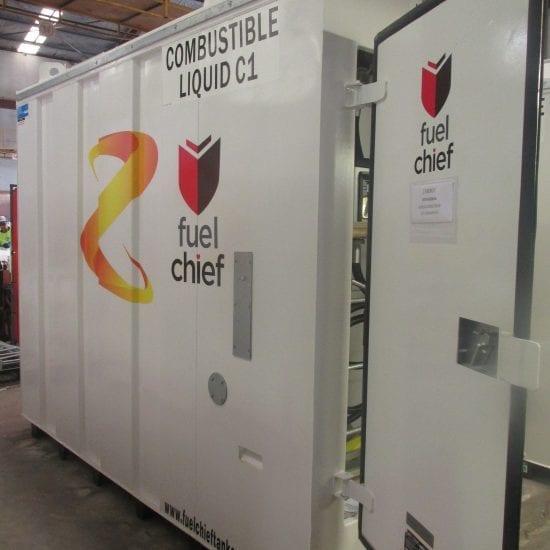 What were the critical factors you had to consider prior to winning the tender?

One of the most important factors was how Z Energy could implement the fuel delivery strategy, over a short timeframe and across multiple sites, without losing any downtime due to fuel running out. Next in line we had to consider how our suppliers could assist in this, including our fuel delivery partners, our installers and technicians, and the new tank supplier. The timeframe for takeover of sites had to be without any disruption or downtime for the client – it had to be in a 3 month window – and involved managing the handover some of the assets of the incumbent fuel supplier. Of course continuity of supply of any new tanks was a major part of this. 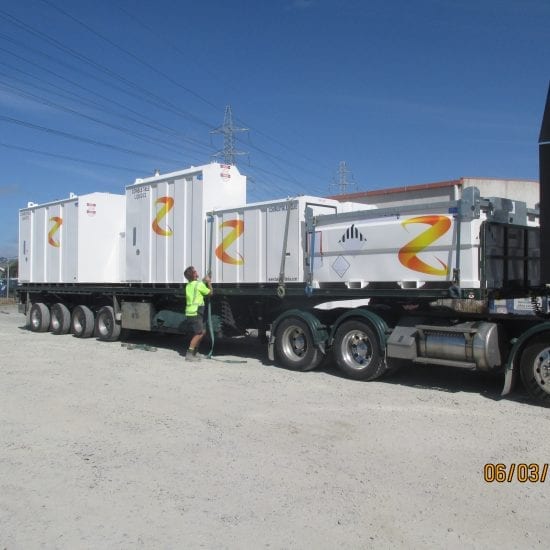 So Z Energy included new tanks as part of their bid?

Z Energy proposed a total of 26 new stationary diesel tanks of various sizes, along with 2 or 3 existing to be refurbished. The new tanks were to have Piusi high flow MC70 pumps with keytags, and allowance for the ATG system to be pre-fitted in the workshop by Edac. The capacities that were required varied from site to site, from 1000L, 2000L, 5000L and10,000L up to 15,000L. Fuelchief submitted the DC Series range due to short lead time, great value and a wide variety of capacities; along with some custom built smaller Vanguard tanks.

On winning the Fletchers project, what were your key concerns and how did you believe Fuelchief would alleviate these for this project?

Z Energy had considerable experience dealing with Fuelchief and its predecessor Advanced Fuel Tanks over the years, so we knew the quality of the product. What made the difference this time was a closer collaboration with Fuelchief in the months leading up to being selected as successful – practical solutions and regular communication on pricing and availability made it an easy decision to use them.

The other reason we chose Fuelchief was their ability to supply over the 3 month changeover window, with all models of tank either instock or available during the timeframe. A further factor was FC ability to customise a solution, by manufacturing some smaller tanks for sites with specific fuel storage consents.

So in summary, I had the confidence to stand up in front of the client and say we would deliver based on the conversations I’d had with Fuelchief. 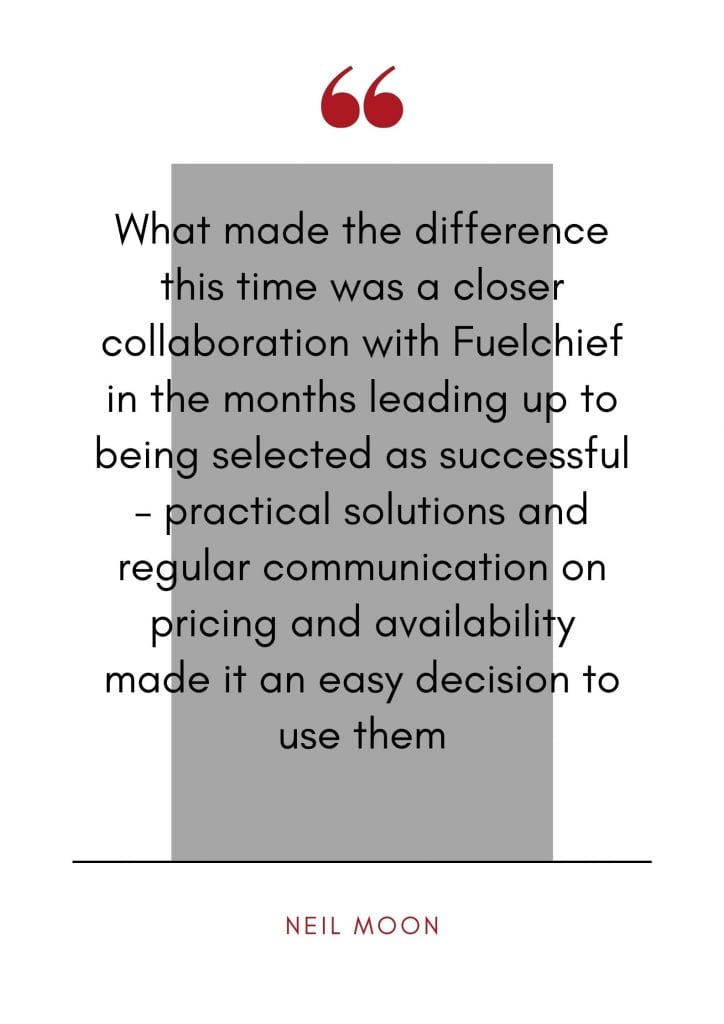 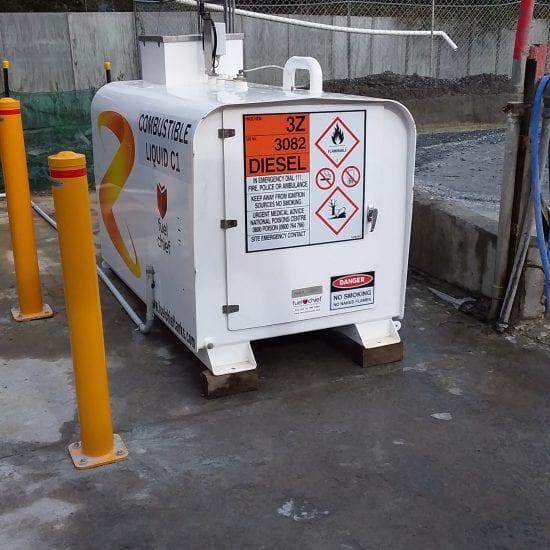 Through the collaboration with Fuelchief and Z Energy, how would you rate the overall result?

Ultimately we did it as a team effort, even with some challenges during the change-over, the client was never out of fuel – a great result. It was a really good example of working together, and the entire project was on time and under budget. It is likely the single biggest tank change-over in NZ, certainly the biggest in terms of quantity that I’ve been involved in over 27 years.

When you consider that COVID was thrown in the middle it really turned out to be an exceptional result. 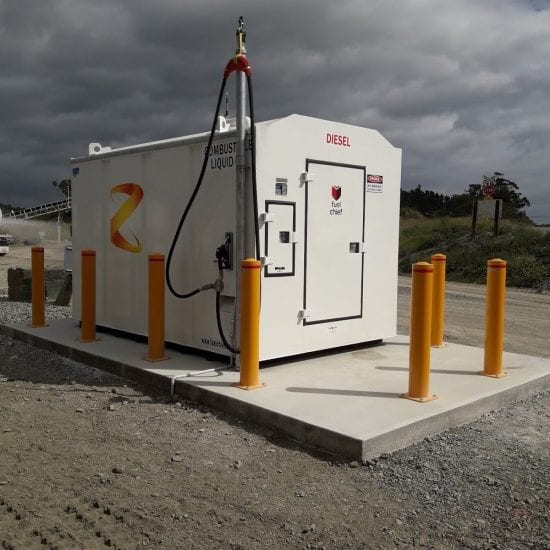 Would you approach Fuelchief again in the future for the supply of tanks?

Yes, absolutely no problems doing this, in fact we have since purchased more of the same DC Series tanks for our clients. I believe one of Fuelchief’s biggest strengths is their capabilities –  they have standard double-skin tanks, ute tanks, trailer tanks, and of course the SuperVault fire-rated tank. Where else could you go to for a one-stop-shop for all of those solutions!? 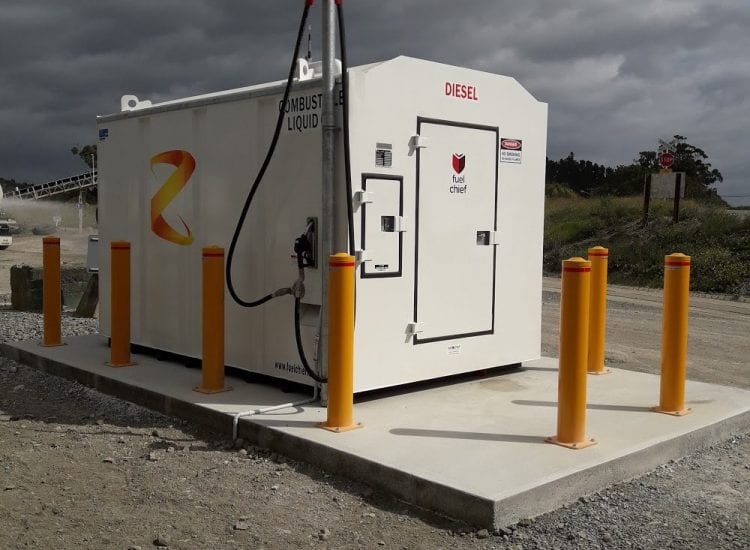 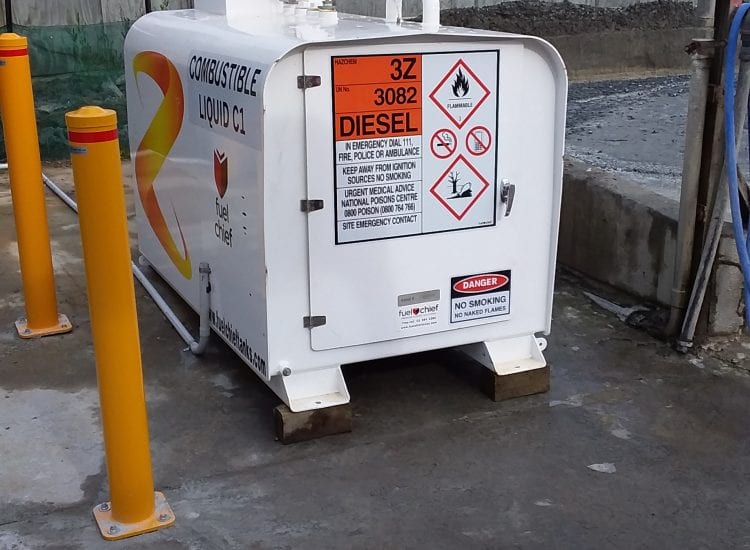 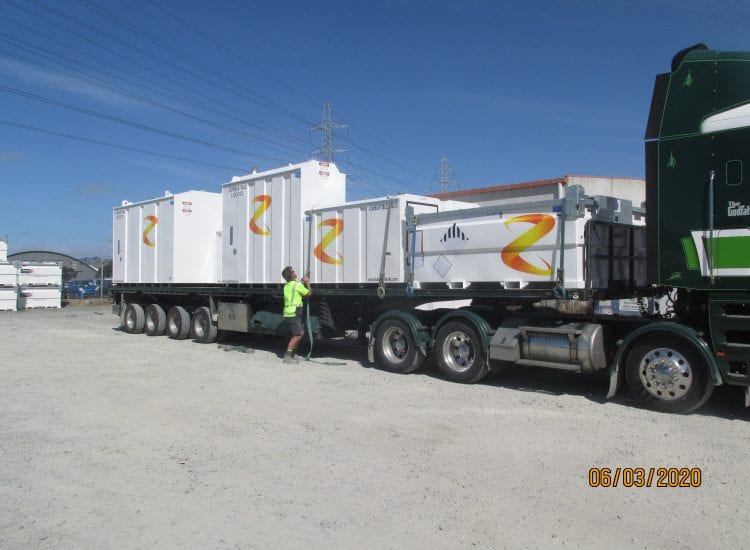 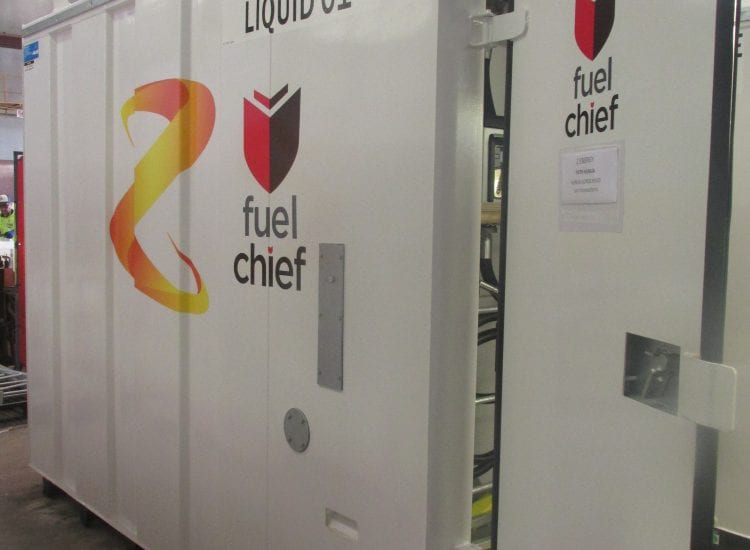 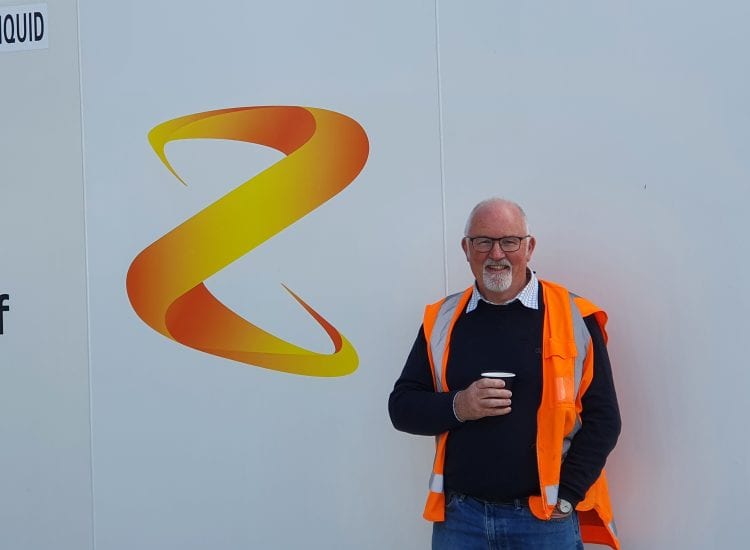 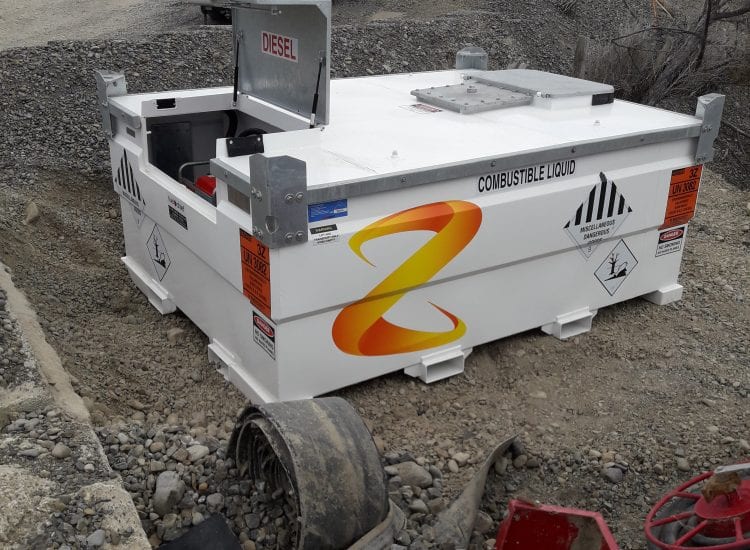 Looking for a custom solution for your client? We are here to help. Just like Neil, give us a call and let us collaborate for the best outcome.

We work with a variety of industries for unique fuel storage needs. Contact us today if you would like a no-obligation free chat.